Time flies when you’re building a company you believe in. 2014 was an important year for Leapfunder. We were able to develop our MVP software up into a mature commercial product. We completed the Startupbootcamp Amsterdam programme and were able to work with the investor community there to develop meaningful social networking features. Meanwhile, we achieved regulatory breakthroughs in several other countries.

In September, we reached an important milestone: € 1,000,000 of investment raised for companies using Leapfunder. At the time of writing, we’re on target to finish 2014 with a total of 18 companies having completed or doing a round on Leapfunder, for a total of € 2.000,000. And December hasn’t finished yet!

We are growing strong, having passed 1,000 registered investors in our database (1,150 and counting) in less than six months!

Individuals don’t build great companies, teams do. We added two new people to our team, a product manager, Evi and a community manager, Jan-Jaap. We’ve also hired a new account manager/compliance officer, Fabian, who will start on January 5th, 2015 and will help us streamline the Information Memorandum approval process.

2015 will be the year of increased user experience, continuing growth, and of international expansion: we have been receiving enthusiastic requests for our product from across Europe. We have an exciting new user interface coming up and will focus our attention on social networking and investor events, so stay tuned…

We would like to thank all of our investors and amazing startups for joining us on this journey. Leapfunder wishes you a rocking 2015! 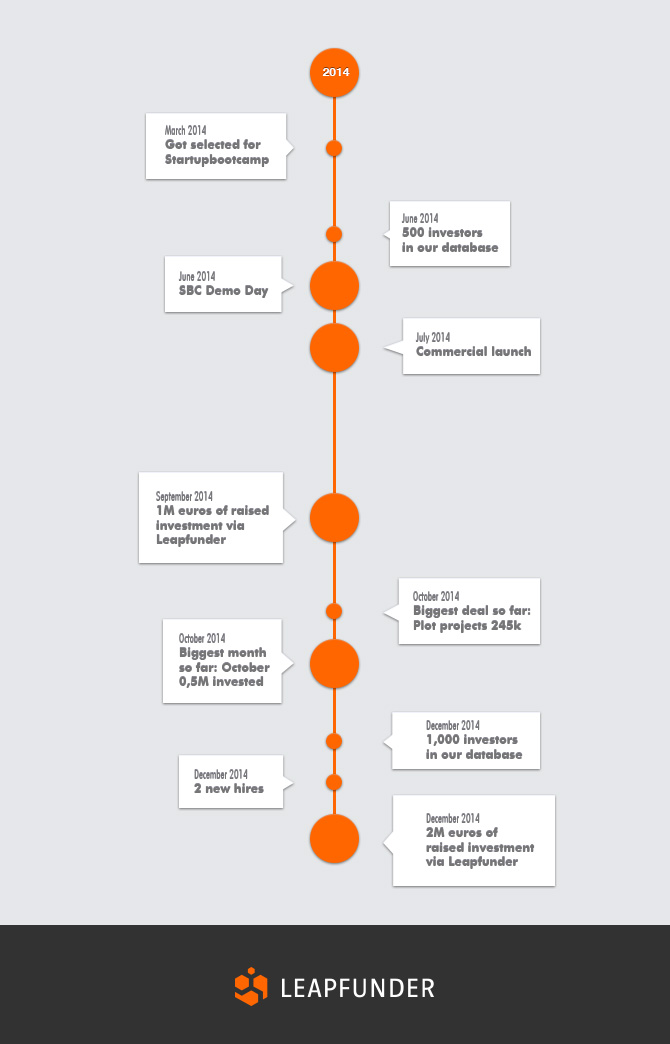