Ruben Nieuwenhuis is an entrepreneur who already set up five startups. As the former director of StartupAmsterdam and co-initiator of StartupDelta, his purpose is to strengthen the ecosystem in the Netherlands. With his tech talent program TechConnect, he strives to bring diversity in the tech workforce and to bring inclusive growth to the metropolitan region. Find out what it is about startups that particularly attracts him and what he predicts for the Dutch ecosystem in the near future. 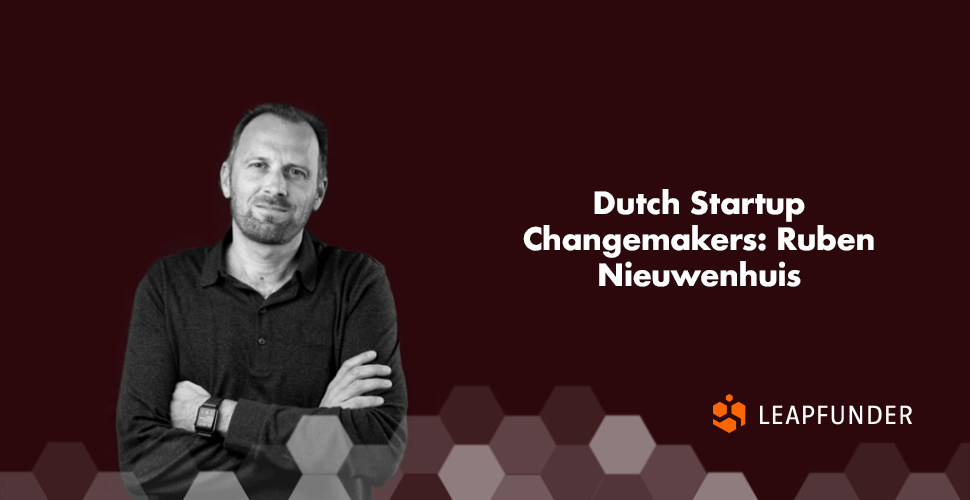 1. Hi Ruben, thank you for agreeing to do the interview. Could you tell us a bit about your background and how you entered the startup world?

After being an entrepreneur, I was setting up ‘Hour of Code’ in the Netherlands, which is a social enterprise. I was also setting up ‘DutchBasecamp’, a service for startups that want to grow internationally. I was involved with strengthening our ecosystem in the Netherlands, which ended up in a request from the city of Amsterdam to join forces in an action program and enhance Amsterdam as a tech and startup city.

2. You’re a Director at TechConnect, a tech talent program that will activate, re- and upskill and attract 50K tech talents in the Amsterdam Metropolitan Area in the 4 upcoming years. Tell us more about the program, the idea that got it all started and the team of people you’re working with.

It’s best to start with the program I was director of before TechConnect, which is StartupAmsterdam. This startup was founded four years ago as a public-private partnership. It was set up to bring Amsterdam in Europe’s top 3 as a tech city together with London and Berlin. StartupAmsterdam was a collaboration of the private sector along with the public sector. We worked very hard to bring more capital and talent to the ecosystem and to have more access to launching customers. Our goal was also to grow in the environment of entrepreneurship. We had many initiatives such as Startup in Residence, the Capital Week, we opened venture studios at universities and so on. The program was huge.

Getting more talent was our challenge in the last one and a half years of this action program. Not only expertise but also distributing growth of the tech ecosystem into the metropolitan region. After four years, I finished my job at StartupAmsterdam, and it was time to set up TechConnect. This program is going to navigate an additional 50 000 tech people to education and tech jobs such as programmers, data-analysts, world hackers, tech support, and AI or blockchain engineers. The intention is to bring diversity in the tech workforce and to bring inclusive growth to the metropolitan region.

3. You co-initiated StartupDelta. What is your mission there? What is it about startups that particularly attracts you?

As I saw all these tech hubs grow internationally and understood that our startups did not grow globally quickly enough, my mission five years ago was to connect my network. I started connecting all kinds of people from all sorts of institutes to the ecosystem, such as politicians, small and medium enterprises, universities, etc. Anne-Will Lucas picked up on this idea. This led to action. She tried to convince the liberal party to turn the Netherlands into a tech hub. As a result, StartupDelta was launched.

Nowadays, there is a different challenge: inclusiveness and diversity in the tech sector and making sure that our growth as a tech nation is societal. Due to these challenges, I am working on that for the moment.

4. What are 3 lessons for founders you learned over the years of working with startups?

Firstly, it’s important to realise that it’s not only about the founder but also about the founding team. For example, when you are a hacker, you need a hustler and a hipster, or when you are a hipster, you need the other two profiles. So it’s about founding teams. Secondly, it’s crucial to be ambitious, since a real startup is designed to grow internationally fast. Thirdly, I think hiring and firing are critical. During the first years, it’s all about bringing top talent into your startup. Having the right people working for you is essential. Founding teams which are hiring and firing well, succeed. Besides that, you should have a great product, a great mission, a great atmosphere and so on. It’s a skill, a sort of underestimated leadership skill.

What I see happening is the ecosystem is that it’s growing by itself. We see these substantial funding rounds and things are going well. The big challenge is to make sure that everyone will play a role in our ecosystem in the future. In this way, we can connect the creative and cultural sector, the philosophers, the small and medium enterprises and the multinationals. We all collaborate and participate in growing this tech hub. It’s essential to bring all these groups into the ecosystem to make it inclusive; people with a migrant background, women, generation x, etc. We need diversity in tech to have better tech companies, better software and equality. We have the opportunity to grow as a tech hub that belongs to everyone in society.

My main focus is equality and diversity in the tech talent workforce. I’m not focussing on startups or scaleups as a specific patch. I am not concentrating on funding rounds anymore or bringing more capital. I think the network effect is present, but now there is other work which is much more critical.

Thank you very much, Ruben. We wish you the best of luck in your future endeavours.