We interviewed Ben Ohloff, founder of 7Druids, who has profound internet and technology experience. He took part in setting up and growing one of the most successful german startups, StayFriends. Find out how he entered the startup world, what is it about entrepreneurship that particularly attracts him, and what are the lessons for founders he learned over the years. 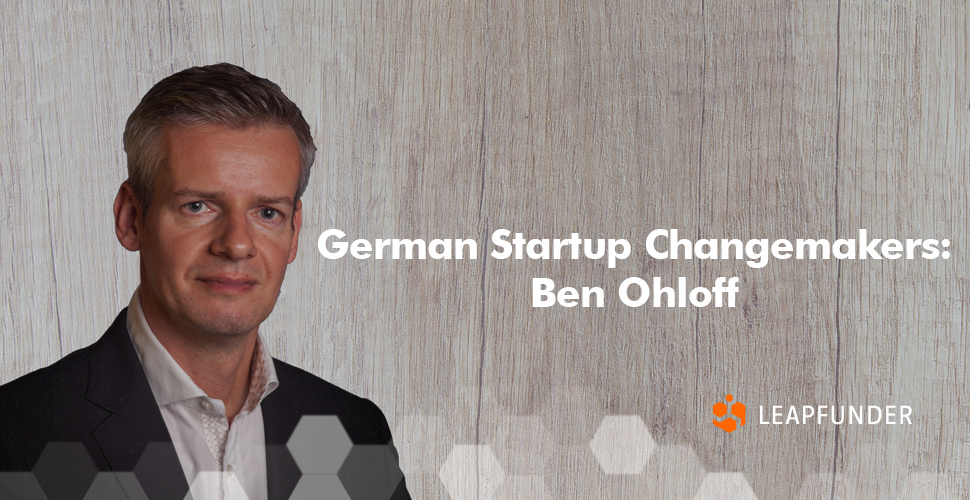 1. Hi Ben, thank you for agreeing to do the interview. Could you tell us a bit about your background and how you entered the startup world?

I’ve always had some entrepreneurial spirit in me. As a teenager and student, I played with various offline and online business ideas, but none of them went far though. After finishing university, I’ve joined a fast-growing internet agency as an employee. Though, at times it felt like being an ‘intrapreneur’. The degree of freedom I had in extending our business reach and the management of up to 60 people in three different German cities made it quite the experience. After that, I took part in setting up and growing one of the most successful German startups – StayFriends – to 20 million users. Not only did we manage our growth quite well, but the company was also one of the most profitable social networks at that time in Europe.

2. Tell us about your mission at 7Druids. How did it all start? What are your main objectives?

After leaving StayFriends in 2010, I immediately founded 7Druids. The mission was to become an independent publisher of mobile apps. I saw lots of new business opportunities at a time when Google’s Android became a serious competitor to iOS. For many years we published our own IP, mostly focussed on young parents with small children, games, learning apps and the first cross-platform baby monitor. Now, I have scaled back, producing my own IP and became active again in founding and funding new companies or helping to find them. We also provide consulting and interim management for digital businesses whose priority is to scale quickly.

3. What is it about entrepreneurship that particularly attracts you?

For me, an ideal entrepreneur is a person that combines the qualities of several profiles: a visionary, a leader, and a manager. The visionary communicates the product to the potential customers (or at an early stage to those pesky investors) and fires their imagination about what you could achieve with it when you own or use it. The leader builds and leads a team towards a common goal, because – let’s be honest – even the best entrepreneur is only as good as the team that surrounds him or her. And the manager deals with those daily improvements, the many small steps that eventually lead to a great and unique product, and that makes the difference between the winner and everybody else in a competitive market environment. There you have it. What excites me is to square those differing qualities and character traits. There is always a challenge.

Firstly, have a plan and stick to it. I fondly remember so many people who questioned the possibility of earning money with a social network or some cute mobile app. If everybody could see the same opportunity as you do, there wouldn’t be any opportunities. So, try to ignore them for a while. Secondly, if it doesn’t work out, adapt and change your business plan. Just one customer could lead you into a new market you haven’t noticed before. It’s not a shame, this is smart, and many companies ended up doing something very different from where they started. And – if those two points sound contradictory to you – you are right. Therefore, there goes my final advice: don’t listen to “success gurus”. They will tell you they know what the traits of successful people are or should be and what led them in their path of success. The reality is that there is lots of luck involved in becoming a successful entrepreneur. Only in hindsight, all those people seem to know what made them a winner. And that is as impressive as knowing and explaining Monday’s stock market rose on a Tuesday.

5. What are your plans for the upcoming months? What will you focus on?

Currently, I have scaled back my workload a bit due to a private house building project. When I am finished, hopefully in a few months from now, I plan to join or support another startup again. I could maybe revitalise my excitement for social networks if there is an opportunity.

Thanks for sharing your story, Ben. We wish you the best of luck in your future endeavours.