We talked to Benjamin Rohé, an entrepreneur who co-founded a public company amongst other startups and works in the tech, renewable energy and digital space since 1997. He has been investing time and money into startups throughout Europe since 2007 and has given lectures at different European Universities as well as at various European startup and economic conferences. Since January 2015, Benjamin is heading the German Tech Entrepreneurship Center (GTEC) in Berlin. Find out more about his background, what he predicts for the Berlin startup ecosystem, and what are the top lessons for founders he learned over the years. 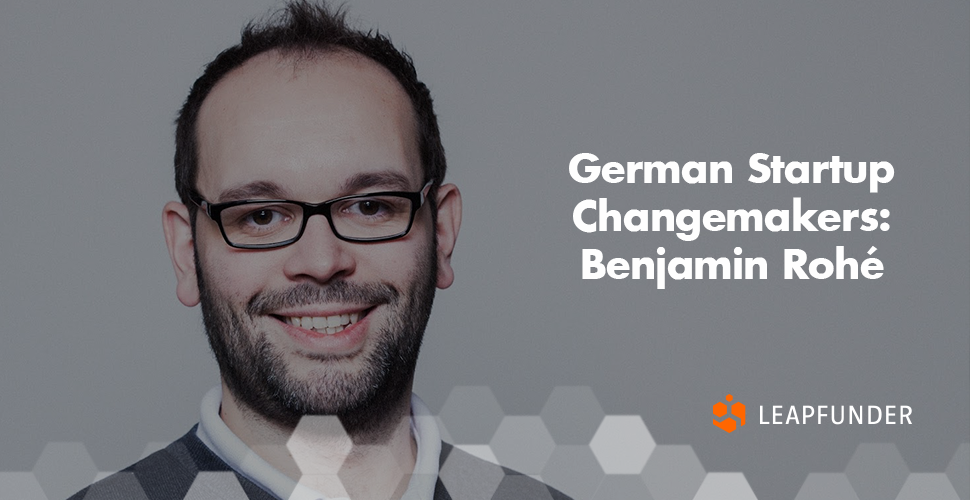 An interview with Benjamin Rohé

1. Hi Benjamin, thank you for agreeing to do the interview. Could you tell us a bit about your background and how you entered the startup world?

I started to work as a freelancer for web-design and development when I was 15. This was unplanned and turned into founding my own agency 2 years after. With 19 I co-founded my first tech-startup, on-web AG. For the past 10 years, I’ve spent most of my time investing as a business angel, as a partner in a VC fund and advisor to corporates in the field of Innovation and Entrepreneurship. My passion though is lecturing at European and International universities about Entrepreneurship.

2. You’re the Founding Managing Director at GTEC, an open campus for entrepreneurship in Europe, that’s connecting an international network of companies, universities and startups along with the public. Tell us about your role.

Based on my activities since 2007 I’ve created a mindmap until 2014 where I turned that in a concept. That concept is the foundation of GTEC today. A place that brings together corporates, startups and academia to unlock the potential of entrepreneurship and technology – enabling entrepreneurs to build a desirable and sustainable future.

I spend most of my time on new and existing partnerships and to connect our corporate partners with each other and innovators from the GTEC family.

3. You started your first company at the age of 17 and have been investing time and money into startups throughout Europe since 2007. What is it about startups that particularly attracts you?

Their aspiration, commitment and energy – not taking everything for granted and the willingness to put everything in question. My personal goal is to enable 100 entrepreneurs to successfully build and scale a business that makes a difference in tomorrow’s world.

4. You have given talks and lectures at different European universities as well as at various European startup and economic conferences. Could you share the top three lessons for founders you learned over the years of working with startups?

Ultimately, when things go wrong, it’s not about the Return on Investment but the Return on Failure. What you learned and achieved during this “failure” will help you in your life ahead. If you spend your time on something you’re passionate about, you can’t lose, you can only win something.

Berlin’s startup scene will grow exponentially in the next 5-10 years. Many more international corporations and tech companies open offices in Berlin. My assumption is that soon, the majority of jobs in Berlin will be tech-startup based.

Thank you for your insights, Benjamin. We wish you the best of luck in your future endeavours.