Jens Lapinski is one of Europe’s most active angel investors, making 10 to 20 investments per year. He is the CEO of Angel Invest Ventures based in Berlin, and he was the Managing Director at Techstars, where he managed four programs and invested in 40 companies. In 2015 he launched the Berlin office, which in 2017 became the most active office of the global Techstars Network. Learn more about Angel Invest Ventures and find out what Jens predicts for the Berlin startup ecosystem. 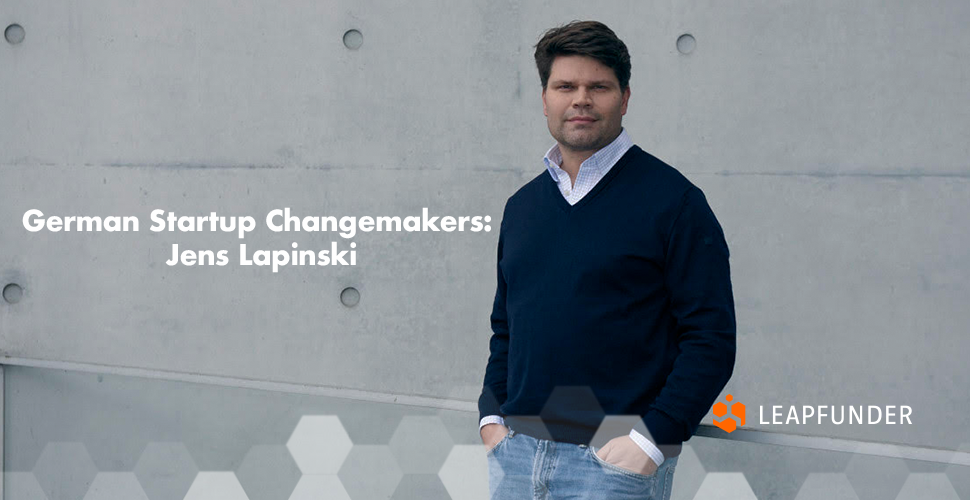 An Interview with Jens Lapinski

1. Hi Jens, thank you for agreeing to do the interview. Could you tell us a bit about your background and how you entered the startup world?

I have been involved with startups for the last 15 years. I joined my first startup in 2003, founded my company in 2007, helped co-found 4 startups and then invested in 50 or so in the years since.

2. You’re the CEO of Angel Invest Ventures, an Angel Fund based in Berlin. Tell us about your mission and what you do exactly.

We are one of Europe’s most active angel investors, making 10-20 investments per year. We are based in Berlin but invest anywhere across Europe. There are three themes that excite us right now. 1) Founders using large amounts of data in smart ways; 2) Founders who are building very ambitious, hard to do software companies; 3) Founders who are building strong consumer or business facing brands, using technology in the background.

3. You were a Managing Director at Techstars, where you managed four programs and invested in 40 companies, which have raised $75M+ in funding. What is the thing you are most proud of in shaping the German startup ecosystem?

I don’t think I am shaping the ecosystem, or if I did, it is not for me to say. I am proud that we launched Techstars in Berlin in 2015 and by 2017 it had become the world’s most active Techstars city, hosting four programs, making 40 investments per year. That put us ahead of London, NYC, LA and any other Techstars location. That was a lot of work, but it paid off in the end, resulting in what I do now.

4. Please share the top 3 lessons for founders you learned over the years in the startup world?

2) Build your company right. Read 4 Steps to the Epiphany by Steve Blank. It will help you avoid many of the typical mistakes that founders make and will save you millions of dollars.

3) Surround yourself with great mentors. They have seen the movie before, they know how it ends. They will also have the network that you don’t have, yet.

It will continue to grow. I think it is already the centre of VC activity in Germany; arguably, it has the potential to become the centre of VC activity in Europe. I think many European university graduates will shift their attention away from engineering and move towards software engineering. They will likely see Berlin as one of the places where it’s happening and where you can actually move to. In a sense, Berlin is re-emerging as what it was 100 years ago; one of the leading technology-driven, entrepreneurial cities in the world. They called it “Gründerzeit” for a reason.

Oliver and I will continue to invest from Angel Invest Ventures. We expect to make 10-20 investments per year for the foreseeable future.

Thank you for the interview, Jens. We wish you the best of luck in your future endeavours.