Leapfunder now offers a trust network in Berlin which helps startups raise funding and investors to invest in startups. Civocracy was Leapfunder’s first successful German round. They empower local governments to connect with their citizens, by assisting municipalities, cities and territories to make decisions in a more transparent way. Find out what is the main difference between angel funding in Germany and the Netherlands. 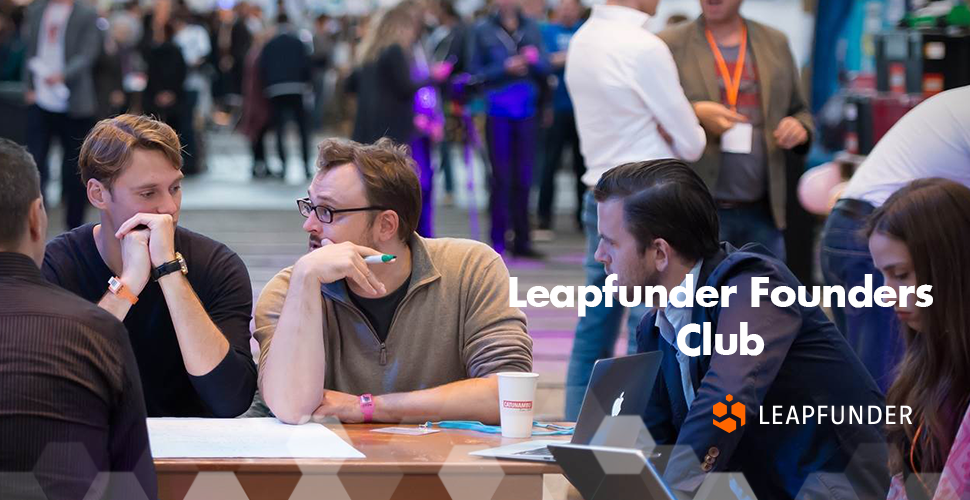 An interview with Benjamin Aaron Snow

1. Hi Benjamin, thank you for agreeing to do the interview. Could you tell us a bit about Civocracy and your funding experience in Germany?

We closed a  successful Leapfunder round in March. We raised funding mostly from previous Dutch investors but also from some new German angels.

2. Would you say investment is difficult to get in Germany unless you move through an established trust network? Why?

In our experience, despite the company being based in Germany, up until now, almost all of the funding we’ve raised has been from the Netherlands and France. Honestly, what we see is that you don’t meet a lot of angel investors or informal investors, it’s generally harder to access them. Maybe it’s because it’s more German language oriented and the process of raising funding is slower, compared to our experience in the Netherlands. Therefore, it was an exciting breakthrough for us, to find secure investment through Leapfunder, from German investors, who are more flexible and fast-moving once you break the mould to some degree.

3. Why do you think there is a mould in the first place?

It’s partially a type of capital, where there’s a lot of venture capital and bigger tickets money, but you see fewer people who choose to be informal or angel investors. It might just be that this sort of mechanism and an informal investing culture exists in the Netherlands for a longer period of time.

4. Leapfunder now offers a trust network in Berlin. What does this mean for startups and investors?

It’s a great thing. Few of our investors were interested to invest and brought co-investors, brought friends. Which we loved to see, but you could tell it was not just individual investors, it was investors who were trusting each other. So once you had one investor who was interested, they were making introductions, and having that kind of network is great. Because it means you are getting new introductions and pulling others into the deal, which is always very helpful. So rather than needing to do this really informally, investors trust each other and have worked together previously. They have a stable form for them to come in on, where they’re all familiar with Leapfunder and convertibles. Because that’s often the other problem, there are situations where every investor wants different things and contracts with different terms. Here they have everything very standardised, and investors are willing to move quickly and know each other well enough to pool that due diligence side of it.

5. What is the main difference between angel funding in Germany and the Netherlands?

It seems like it’s a lot easier to access angel and informal investors in the Netherlands compared to Germany. It might be a linguistic barrier because there’s a lot more business in English happening in the Netherlands. Potentially it could be that networking is more important in Germany, that you have to be German and that you need a network in Germany. Even though it’s starting to change, it seems like the Dutch are more open to these things. Nowadays, angel groups are starting to form and you do see more informal and small – yet active – investors in Germany. So there is a shift and German investors are acting faster.

6. Civocracy is Leapfunder’s first German funding round and you have German investors now. How does this affect your company?

It’s a great thing. Having investors who are based closer to us geographically and having more investors with various experiences to pull from, to get support from, with new different networks is very important. They have access to support us when it comes to sales, hiring, strategy, etc.

7. Is having investors internationally an advantage or a disadvantage? Does that create more work for you?

We have clients in the Netherlands, France, Belgium and Germany, and we have investors in France, Germany and the Netherlands. Having people who know who your clients are and can make introductions and know your progress is a positive thing. The only thing that is creating more work is trying to keep a close relationship with our investors. I try to regularly see investors, especially the larger ones and the ones who want to be more active. That requires some travelling, but it’s a good thing. Besides that, we offer company updates both in English and in French now, because we have some people who are more comfortable in French. Now that we have German investors, we won’t have to travel to see them because they will come to us.

We are really excited to be the first successful German Leapfunder round. We really benefited from that launch and from the relationship between Leapfunder and GTEC. As we’re always looking to grow and to take new steps with the company, we’re also looking for great investors who offer their experience and support.

Thank you very much, Benjamin. We wish you and Civocracy the best of luck!

Join our network & enjoy all the benefits of Leapfunder Founders Club.