This is Part 2 of Leapfunders’ blog about 5 Things to Look at in a Shareholders’ Agreement. Take a look at Part 1 of the series here. In Part 2, we will discuss liquidation preferences, control rights, drag along and tag along clauses, and the good/ bad leaver provision, amongst other topics and advice. 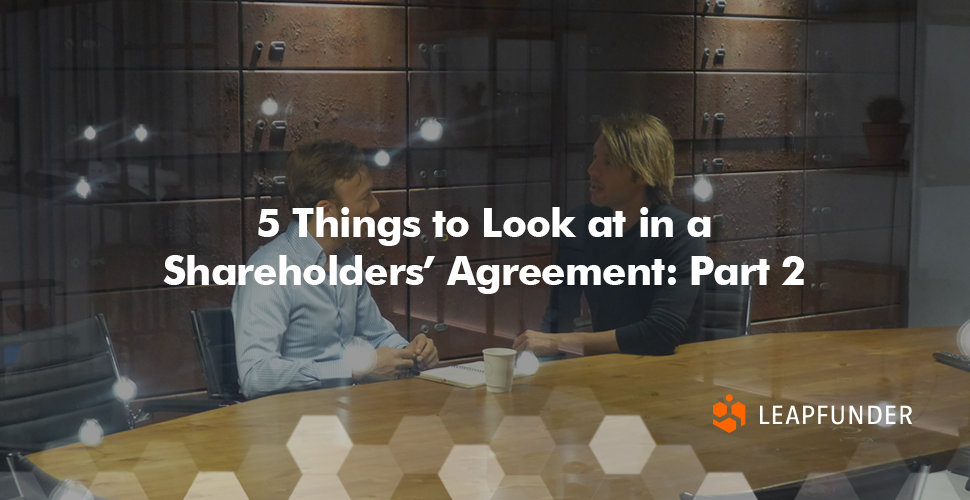 What to look at in a Shareholders’ Agreement: Part 2

A liquidation preference is a right that has an effect during a liquidity event. A liquidity event is basically an event in which shares turn into cash: it can be a large sale of assets, the sale of the entire business or even a bankruptcy during which remaining cash is distributed. A liquidation preference ensures that an investor has a certain favourable claim on the cash proceeds from the liquidity event. Usually the cash investor gets their money back first, and afterwards, the founders will have a claim on what money is left. Depending on what it says in the shareholders’ agreement the investors might get more than just their money back: they could claim a positive return before the founders start to benefit. 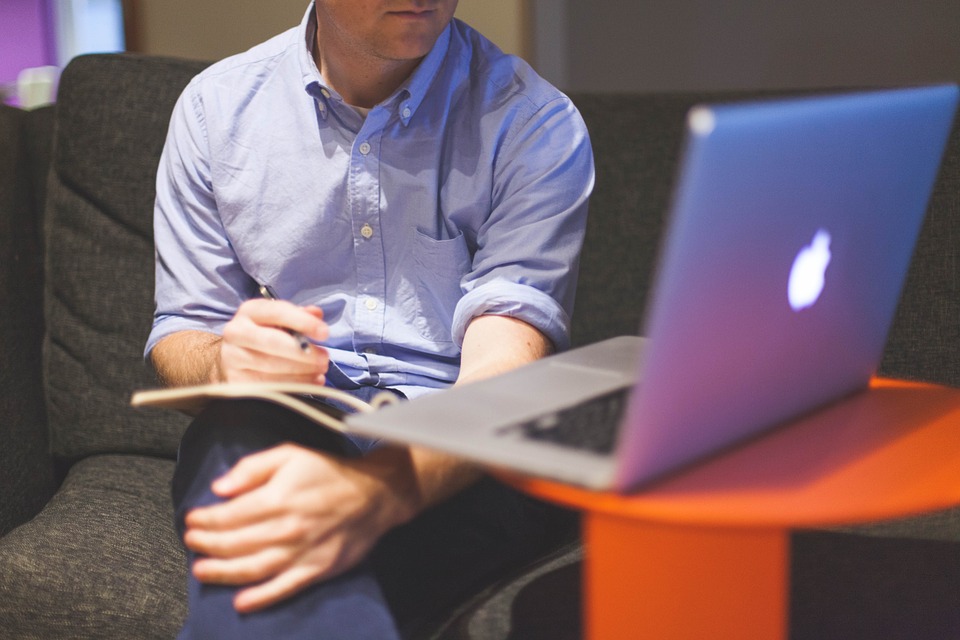 Control rights basically mean that an investor can exercise some sort of control over the company. The founders agree with the investors on which topics, and in which situations, an investor can block a proposal or influence a key decision. In many cases, founders have the majority of shares at the outset, and hence the majority of the voting rights in a shareholders’ meeting. Theoretically, that means they have control over every corporate decision. To prevent investors from not having any influence, they will negotiate exclusive rights. Even investors that have a minority stake can therefore still have control sometimes.

Below I give some examples of control rights that investors might want:

Founders should carefully consider how much power they give the investor. Of course, a lot depends on the kind of relationship you have with them: do you know them well? What are they interested in? Are you working towards the same goals?

The drag-along was created for the purpose of protecting majority shareholders that want to sell. With a drag along, majority investors have the possibility to force the minority investors to cooperate with a sale of all the shares. After all: if the minority resists a sale, this can still prevent the company from being sold entirely. A drag-along in a shareholders’ agreement will state that if a certain minimum % of shareholders want to sell the company, then they can force the remaining shareholders to sell their shares under the same conditions.

The tag-along tends to protect minority shareholders, but can also protect a majority. A tag-along is an agreement that if one shareholder has negotiated a sale of their shares, then the other shareholders can participate pro rata in the sale.

For example: if 60% of the shareholders have negotiated a deal to sell their shares for a certain price, then 40% will also have the right to participate in the sale. You can’t just leave them behind.

To spell out the effect of the Drag along concretely, imagine the startup has the following cap table:

This clause has prevented one co-founder from getting a good cash exit, while all the others still hold shares. The effect of the tag along is that everyone benefits equally if there is this kind of liquidity event.

The good leaver/bad leaver clause describes what happens with founder shares in a situation where a founder leaves the organisation. When they leave, they can be classified as either good leaver or a bad leaver. Generally ‘good leaver’ means they get to keep some of their shares for a job well done, and ‘bad leaver’ basically means they don’t get to keep anything because there has been a very serious problem.

Even a ‘good leaver’ doesn’t get to keep all his shares, especially if he leaves soon after the foundation. How many shares the good leaver keeps normally depends on how long they have been in the team. It is common for founders of a startup to agree that when a founder leaves within 1 year, they have to return all their shares. This initial period is sometimes called a Cliff. After this year, they get to keep more and more of their founder shares depending on how long they stay with the company. This is sometimes called the Vesting Period, and it is often four years. So if a founder leaves after 3 years then he keeps 3/4 of his shares, if he leaves are 2 years he get to keep 2/4 of his shares, etc., but if he leaves within 1 year (Cliff) then he has to give all his shares back.

Make sure you agree a good/bad leaver while the relationship is still good. By the time someone is actually leaving, it is often too late to come to an agreement. That kind of separation can often be emotional. Get it in contract early on and make sure the language in the shareholder’s agreement is as clear as possible. 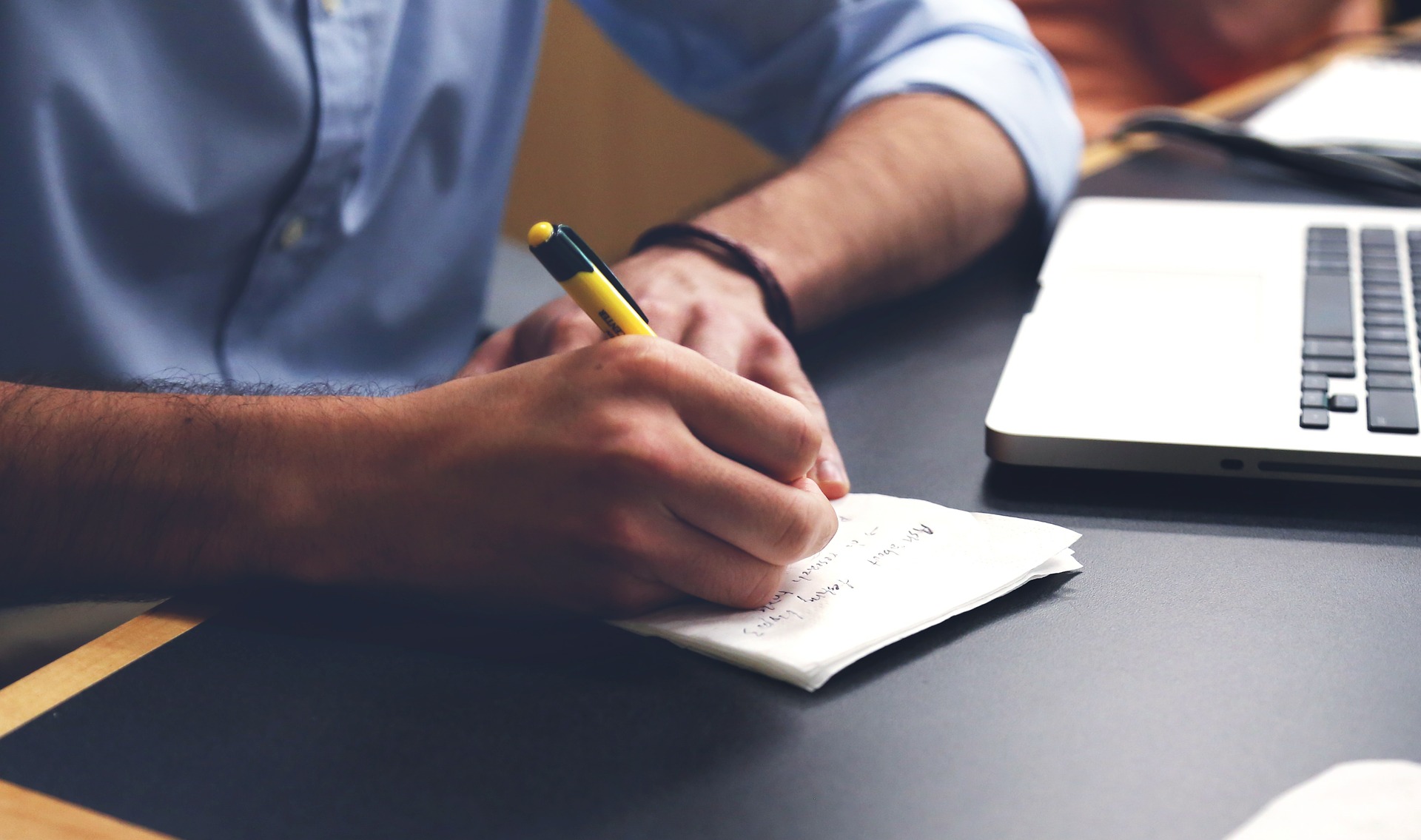 The purpose of this blog is to quickly highlight how a shareholders’ agreement can work. This is just the tip of the iceberg. The 5 topics mentioned might well be the most important, but out in the real world, you will still have to be careful. There could be many other things mentioned in a SHA, and you need to understand the implications of each. Please make sure you educate yourself before you start negotiation with your counterpart. Go online, ask a lawyer, and use your professional judgement. If you have doubts about what are best practices, go to other successful startup founders and ask them how they have structured the terms and conditions in their shareholders’ agreement. There is no need to reinvent the wheel.

Oh, and the last tip: keep your shareholders’ agreement readable. Ask your lawyer to use simple language and keep the number of pages to a minimum so that mere mortals can also understand what is written.

Leapfunder is a trusted tool that hundreds of startups have used to connect with investors and raise funds. Entrepreneurs can gain exposure, access to legal documentation, and guidance as they seek financing – create your account today!