Startups tend to succeed as part of a community or innovation ecosystem. The US and European startup ecosystems are quite different. While Europe’s scene is definitely on the rise, the US is still out in front when it comes to attracting investment and delivering new innovation. The two ecosystems differ in financial and intellectual capital, in the type of market, in entrepreneurial attitude, in mentorship and in focus on growth and revenue. Whether you’re a European startup looking to enter the US market or a US startup aiming to ‘conquer’ Europe, here are the differences to keep in mind: 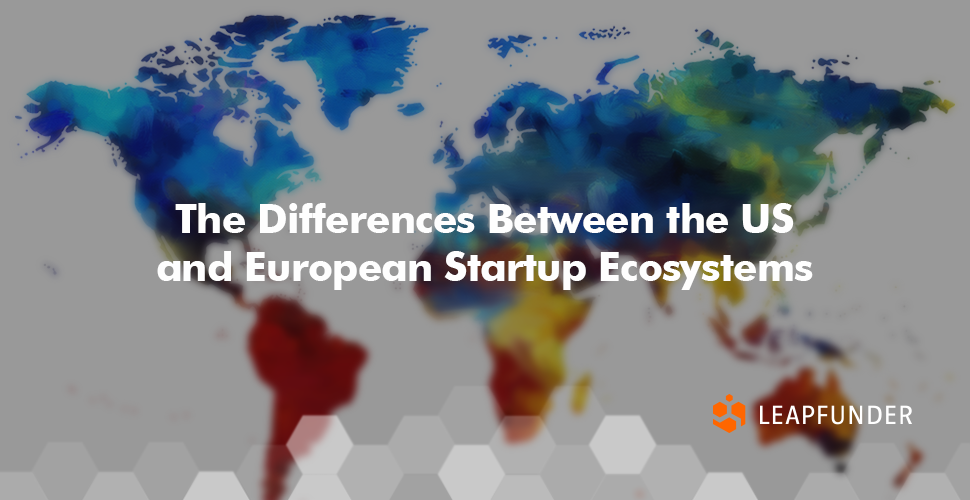 Differences to keep in mind between European and US Startup Ecosystems

It’s easier to get funding in the US
A vital thing and one of the biggest obstacles for any startup is raising money. Since there are more VC firms and individual angel investors in the US, it’s easier to raise funding there. In Europe, most startups struggle with limited funds, especially in the growth stage. London is one of the few cities with enough funding options for every growth stage due.

Dave McClure argues that although the popular perception is that Silicon Valley is the centre of all startups and venture capital, there are interesting startups in Europe as well, but they operate with less investment, especially in the early-stage. There are plenty of people in Europe who are identifying opportunities at the venture stage, but there is more to be done at the seed stage.

There is more intellectual capital in the US
One of the factors that influence the success of a startup can be the proximity of a university in the region. These are places where there is a concentration of intellectual capital and high levels of funders that are happy to take risks.  According to World University Rankings for 2016-2017, the top 10 universities include 6 from the US and 4 from Europe (3 from the UK and 1 from Switzerland). Often the presence of such a major university can be a catalyst, and this is less common in Europe.

The entrepreneurial attitude
Marc Andreessen argues that in his experience, European entrepreneurs are better than the American ones (because they have to be). Americans are said to be more entrepreneurial, overly ambitious and less afraid of risk. Paul Graham thinks the problem with Europe is not that they lack courage, but that they lack examples. Even in the US, the most successful startup founders are often technical people who are quite timid about the idea of starting their own company.

Europe lacks mentorship
Dave McClure argues there is definitely room to improve the pitch process in Europe. He also sees the need for the infrastructure necessary to support startups via angel investors, and he’s not referring only to capital but to coaching as well. US startups are much more exposed to mentors than the European ones.

The US startups focus more on growth
The US market is huge, and the competition is really tough. So the impact the startup has to have on the market has to be massive. Since growth and traction are the main success factors for US startups, they tend to launch with a boom and continue their growth with the help of VCs as long as they can.

However, this way the cash flow is postponed until a huge user base is created or funds are running out. A lot of money is put into business ideas which can fail due to lack of revenue.

Generating revenue is the only way to prove the concept and to show that business is creating something that people would actually pay for. As a consequence European founders often enjoy more autonomy and less equity dilution.

In order to support the seed stage of European startups, Leapfunder helps to find early-stage financing and offers support as well as financial tools, which are developed with great care.