The regional venture investor firm, PPM Oost, strengthened the rapidly growing social groceries platform SuperBuddy by matching the startup’s recent fundraising campaign. PPM Oost reached into its Innovation Fund to double the amount raised by SuperBuddy on our platform. This is a great step forward for the startup from Zwolle, as an investment from a regional venture capital company shows that they are moving in the right direction. With the money from the funding, SuperBuddy will continue to expand its network, increase the number of its delivery staff, and improve its platform. PPM Oost will join as a shareholder, enabling SuperBuddy to claim a prominent role as a leading shopping service.

Founded in 2015, SuperBuddy is a cheaper and faster alternative to traditional delivery services. Their network of “shoppers” are part time delivery workers that get customers’ orders sent via an app. From there, the delivery staff goes to the supermarket to purchase the desired groceries for the customers. The app was launched in Zwolle in mid-2016 and, due to its initial success, will be expanding to Utrecht and other cities in the coming months.

PPM Oost director Marius Prins is excited by SuperBuddy’s quick success in Zwolle, “We purchase more and more online, and this trend will continue in the upcoming years. It will appeal to everyone, and it is definitely a solution for those with less time and a desire for a convenient solution.” 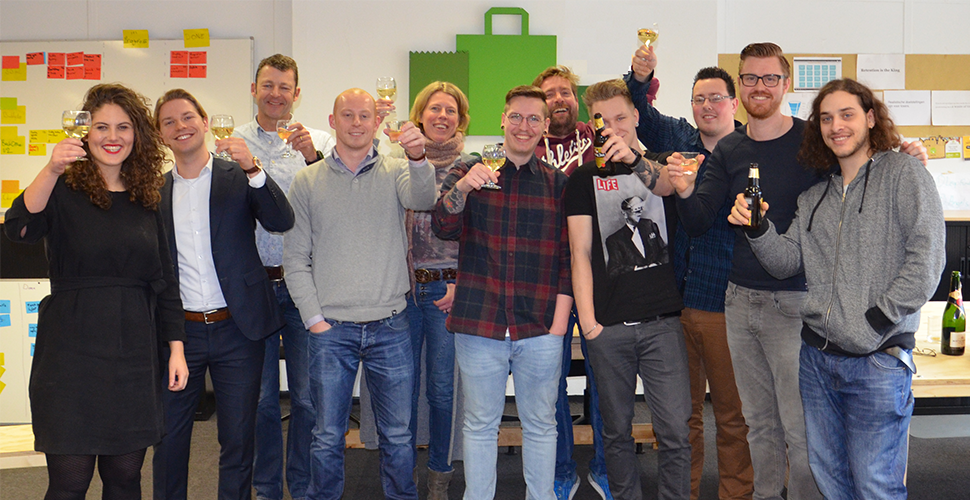 PPM Oost’s investment in SuperBuddy serves as a breakthrough for the startup, as co-founder Laurens van Geffen explains, “A party with the reputation of PPM Oost joining the company at this stage means that they see great potential. For other investors, it is an additional incentive to participate.”

What does it mean for Leapfunder? “PPM Oost matching SuperBuddy’s Leapfunder investment means a great deal for us. It shows again that Leapfunder investors are perceived to be credible and professional.” He continued, “We’ve known SuperBuddy for a long time now, as this is their 3rd Leapfunder round. Leapfunder investors have shown repeated trust in SuperBuddy’s team and business proposition. Startups need the funding from angels to achieve their first milestones before they are ready for a venture capital round. SuperBuddy is a classic example of a startup which achieved its milestones and is now ready to start working with VC.” Tienko Rasker, CEO of Leapfunder.

Investors who want to take part in SuperBuddy’s growth still have the opportunity to join through their live round!