Startup Survival Guide
Do You Need a Notary for Your Seed Round? 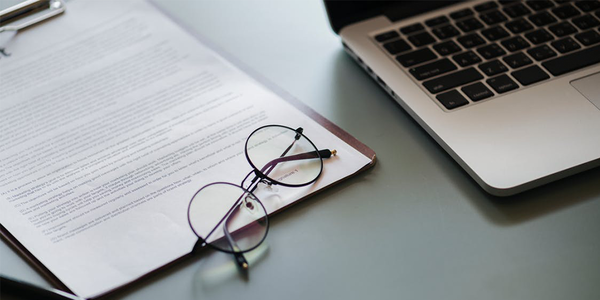 Creating your own company comes with a huge amount of legal paperwork. Germany and the Netherlands have a strict set of laws, so setting up your business correctly from the start is a crucial part of the process. Leapfunder offers support and financial tools that help startups find early-stage funding, so we asked for their insight on when you need a notary, why to get one, and how to pick the best one for your startup. Here's what they had to say!

At Leapfunder, we often hear people are asking: why do we need to go through so much paperwork when setting up our company? Why is there so much legal paperwork to divide the shares? Well, the answer is that you could probably get away without most of these formalities as long as everybody is friends, right? Just the same, you can probably have dinner and split the bill fairly at the end of the evening. But what happens if you're no longer friends a few years later? It's important to have a proper legal process when forming a company, no matter whether you are doing this alone or with your best buddy. In many countries, the company registration process and several of the next steps you will take require a notary. Need some help navigating? Here are our guidelines on when and where you need a notary for creating your own business and organizing your seed round.

GETTING STARTED
When you’re generating value within a company, written agreements about how that value is to be divided are crucial. They have to be strong enough to be stand up in court later. That’s why almost every country requires companies to register with a central agency. In many countries, the signature of a notary who acts as a witness to the accuracy of the registration is required.

WHEN DO YOU NEED A NOTARY?
The two main things for which a startup needs a notary in Germany are the creation process and the transfers of shares.

Creation Process: A notary is necessary for the creation of the company and its registration with the authorities. Company formation is considered a very significant event under German law, and you could literally be committing a crime if you take things too lightly. So for this one, you really need a professional to assist you.

Because of this difference, it is not typical for a shareholders’ agreement to be notarized in the Netherlands. But it is smart to involve an experienced lawyer when drafting it.

DO YOU NEED A NOTARY FOR YOUR SEED ROUND?

It’s not strictly necessary to involve a notary in your seed funding round in the Netherlands, nor in Germany. The use of convertibles is common in both countries and they are often closed without a notary. However, any contract which may force a transfer of shares needs to be notarized in Germany so you do need to watch the exact wording of the convertible contract. The contract has to be drafted in such a way that it doesn’t force a transfer of shares at some point. So there should be an option to refuse such a transfer. It's important to note that a transfer of shares is different from the creation of new shares. An experienced lawyer in Germany can help you with all this.

HOW TO SELECT THE RIGHT NOTARY?

It’s common for people setting up a company to approach a notary they already know. It could be someone they did family business with or just a good friend who works in the field. However, this is not always the best option.

Involve yourself with someone who has a good sense of the market. Make sure that the notary is handling your case as a service provider. They should think through your needs, look through all the options that are legally possible and select something really efficient. A notary acts as a witness and has a duty that’s greater than serving you as a customer. Nonetheless, they ought to be flexible, think through your problem, and come with a creative solution if needed.

Video Lessons: Shareholders’ Agreement Clauses: What are Control Rights and What is a Drag Along/Tag Along?
Control rights basically mean that an investor can exercise some sort of control over the company. The drag along was created for the purpose of protecting majority shareholders, while the tag along tends to protect minority shareholders.
38
Video Lessons: Shareholders’ Agreement Clauses: What is an Anti-dilution clause?
When a shareholder has a so-called anti-dilution right this means that, in some circumstances, he/she gets extra shares.
39

Video Lessons: Shareholders’ Agreement Clauses: What is a Liquidation Preference?
A liquidity event is basically an event in which shares turn into cash: it can be the sale of the entire business, but it can also be a dissolution of the company. A liquidation preference ensures that an investor has a certain priority claim on the cash proceeds from the liquidity event.
40
5 Things to Do After Fundraising
In our Startup Survival blog series, we’re sharing 5 things to do after fundraising. Keep on reading.