Benjamin founded Civocracy from what he saw as a clear fundamental problem, the non-leveraging of technology for transparency and civic participation. He spent 12 months researching, developing prototypes and the business model prior to co-founding the company in May 2015. Find out more about his background, what is it about democratic innovation that particularly attracts him, and what he sees as the main differences between the German and the Dutch startup scene. 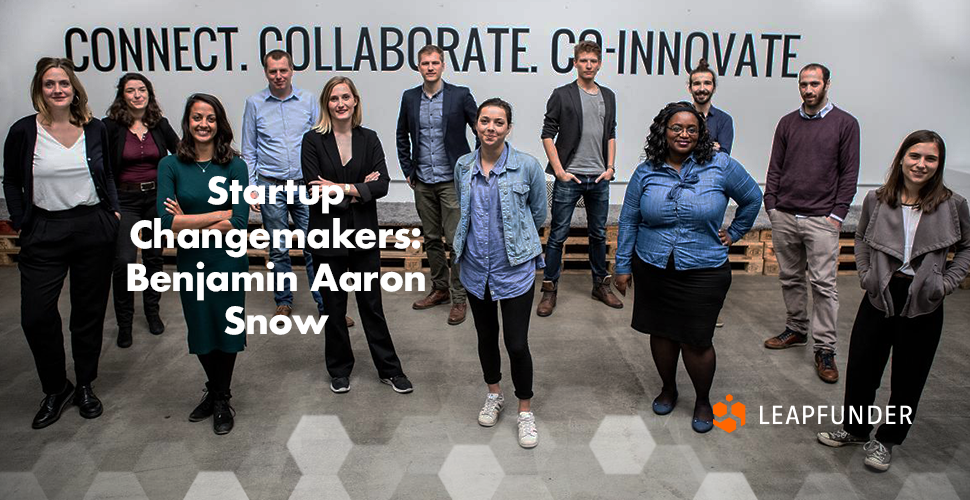 An Interview with Benjamin Aaron Snow

1. Hi Benjamin, thanks for the time. Could you tell us a bit about your background and your role in the German/Dutch startup scene?

Hello! My interest in Berlin’s startup scene began several years ago while I was finishing my Master’s degree at the Hertie School of Governance. I wrote my thesis on the use of new innovation within government (which is when the idea for Civocracy was born), so I spent a lot of time discussing the development of technology with the city’s startup entrepreneurs. Hours after submitting my thesis, I headed to Amsterdam to join Startupbootcamp’s 2015 SmartCity program, and of course, became involved with the Dutch ecosystem.

Since then, I’ve been heavily involved in both scenes, both speaking and working on behalf of my own company, and also working with other companies, policymakers, startups, and investors.

2. You’re the founder of Civocracy, a civic tech platform bringing together the government with citizens and bridging the gap between them to solve problems with citizen input. You founded Civocracy from what you saw as a clear fundamental problem, the non-leveraging of technology for transparency and civic participation. What is it about democratic innovation that particularly attracts you?

I like solving “impossible” problems, and this was the biggest problem I could think of. This is linked to the issue of how we communicate to solve problems in groups – whether its groups of citizens, experts or company employees. I saw an opportunity to use technology to better connect, organise, and understand communities, and empower them to solve problems together.

3. Civocracy facilitates discussion, decision-making, and engagement in communities. It is all about crowdsourcing from people’s expertise. How do you leverage on angel investors knowledge?

We’ve been really fortunate to have investors from a range of backgrounds, who bring a variety of expertise to the table. As we have always had a handful of investors, we mostly leverage their knowledge through individual meetings and calls: personal connections are incredibly important. We had five Leapfunder rounds and have numerous Leapfunder investors, so we will start using our own platform as an internal communication and discussion tool in order to leverage the knowledge and support of our investors.

4. Over the year, you won several different awards, including best Civic Tech company at Pioneers in Austria recently. What is the thing you’re most proud of in shaping the German/Dutch startup ecosystem?

For me, the goal is shifting the understanding around GovTech and CivicTech. When we started, the idea of selling to the public sector was so foreign to angel investors and VCs that they were very wary. Now that we have proven our ability to work with major cities, I think we’ve both brought credibility to our own company, but also brought a level of legitimacy and interest in the sector.

5. What is the difference between the German startup ecosystem and the Dutch one? What do you predict for each in the near future?

In my experience, it has been a lot easier to access angel investors in the Netherlands than in Germany. I think Germany has more money and more family offices, but they are quite slow and conservative, whereas in the Netherlands you really see an active angel community, particularly through communities such as Leapfunder. I see this improving in Berlin, but in terms of risk perspective, the Dutch angel community seems more ready to take early, small ticket risks on new ideas and innovation, and I think this is a huge benefit. The downside for the Netherlands is that the VC ecosystem is so much smaller, both in number and ticket size. At the super early stage, I think Amsterdam is the best city; but when raising VC money, you’ve got a lot more doors to knock on in Berlin.

That said, I’ve seen some interesting cross-pollination happening. I recently met two of my German Leapfunder investors at the airport in Amsterdam, on their way back from meeting a Dutch startup to invest in, and met Berlin VCs at Angel Island in Amsterdam looking for new deals. Our last round on Leapfunder had a mix of German and Dutch investors. It’s good to see borders mattering less, ecosystem lines blurring. I hope as a transnational startup, we’ve contributed to this.

Thank you very much, Benjamin! We wish you and Civocracy the best of luck in your future endeavours.